Our Family’s Trip to the Philippines

>Enjoy the pics of Katelyn, Michalea, and Seth’s ministry and tournament trip to the Philippines. Kathy and Don were able to watch the tournament after education meetings in Manila. 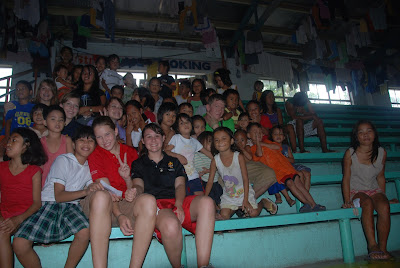 Michaela sitting on the front row in the red shirt. Katelyn sitting behind her and to the left in a blue shirt. Seth in the green shirt in the same row as Katelyn.

Michalea again in the front row on the left. Katelyn in the fourth row. 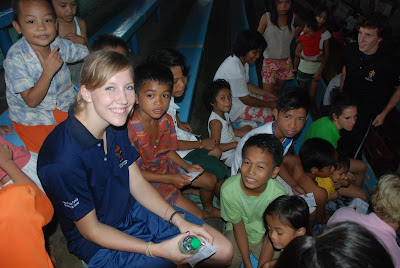 Katelyn hanging out with the kids in a shelter in a gym. The children’s homes were destroyed in the typhoon. 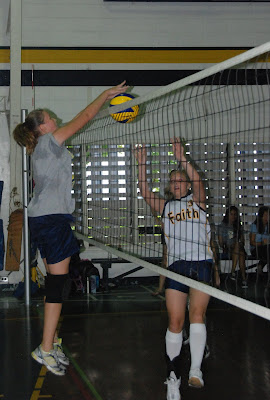 Michalea blocking a Faith Academy player’s shot. Between Michaela and Katelyn they are a formidable blocking wall. 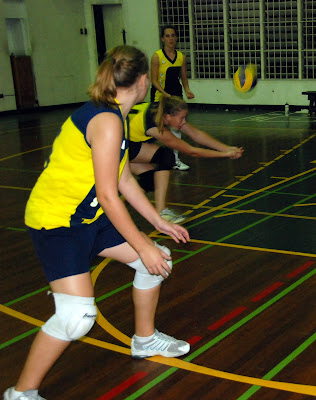 Michalea going for a dig. 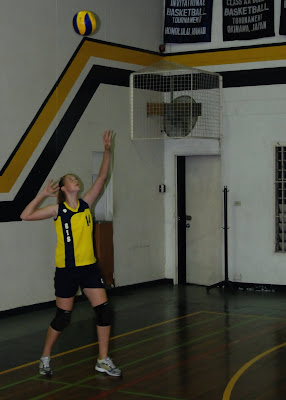 Michaela at the serving line. 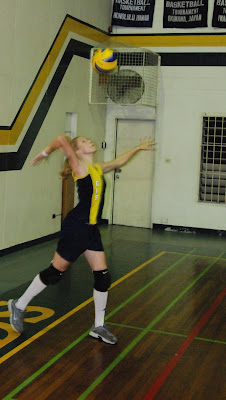 Katelyn at the serving line…look at that form. 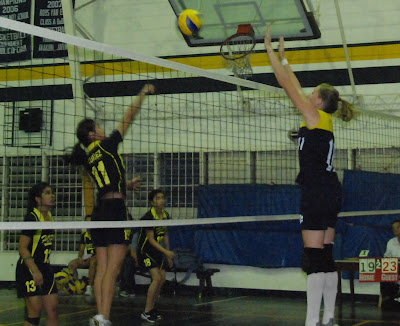 Katelyn going up for the block against one of the national Filipino teams. 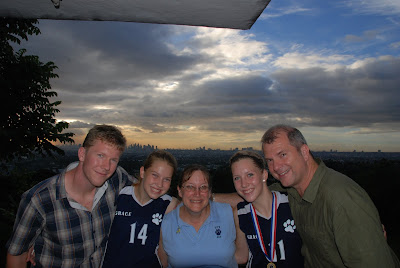 A family picture at the end of the tournament with the Manila skyline in the background reminding us all why we really are here in Asia. Katelyn’s wearing one of the six medals given out to All Star Players from the six teams that participated in the tournament. 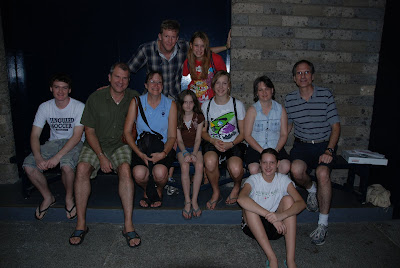 A picture with the Walt and Cheryl Spicer and our family. A couple we used to work with while living at Aritao in Nueva Vizcaya in northern Philippines.
Our time in the Philippines was especially meaningful because of the opportunity to share the love of Christ with those affected by the typhoon and because the children hadn’t been back to the Philippines since 1997. Being able to spend some time with old friends and making news ones was another wonderful part of the trip. Thanks for your prayers.